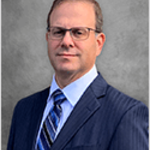 Richard Lawson is a former DUI prosecutor who has dedicated more than 20 years of his career to defending those accused of DUI. He has successfully resolved hundreds of DUI charges with dismissals, reductions to reckless driving, or other lesser offenses. In addition to his successes in the criminal justice system, he also advocates for his clients in dealing with the Georgia Department of Driver Services, and has helped more than 4,000 Georgians faced with DUI or other traffic violations keep their driving privileges.

After graduating from the Emory University School of Law, Mr. Lawson served as an Assistant District Attorney prosecuting DUI cases for the state of Georgia. He gained a comprehensive knowledge of the training and techniques prosecutors and judges utilize when handling DUI and related traffic offense cases. After gaining an extensive amount of experience, and developing a thorough knowledge of the DUI prosecution process, he left the prosecutor's office to open his defense practice.

Since opening his practice, Mr. Lawson has exclusively focused on charges of driving under the influence and related crimes and traffic violations. He has completed in-depth field and course work related to all DUI investigation techniques. He has been certified as a DUI standardized field sobriety testing instructor since 2000.

In recognition of his extensive expertise in the DUI field, Mr. Lawson has been invited to teach seminars and publish a variety of works on the topic by organizations including the Georgia Association of Criminal Defense Lawyers, the Defense of Drinking Driver Institute, and the Georgia Association of Private Investigators (among others). In 2012, he authored  "Practical Advice for the Effective Defense of DUI Drug Cases", a chapter in Navigating DUI Drug Cases, published by Thompson Reuters.

Mr. Lawson recognizes that a DUI case is complex and can be very disruptive to everyday life. His office maintains a 24 hour line, both for those recently arrested and for those who may have questions about an ongoing case. If you want the best possible results in your upcoming DUI case, call Richard Lawson today for a consultation.

Thank you for contacting us. We will get back to you shortly.

Please complete all required fields below.

We have a line that will be answered any time, day or night. If you have been arrested for DUI and are facing arraignment at 8:00am tomorrow, or if you are anywhere else in the judicial process, contact the Office of Richard Lawson as soon as possible. Call Us 24 Hours a Day: (404) 800-5810